The home of merchant and collector Louis Carré, designed by Alvar Aalto to measure in the late 1950s, until the end of August hosted ants, bats, and birds for Finnish photographer Sanna Canisto. Silent and fruitful dialogue, in a rustic setting ideal for a holiday outside of Paris.

A happy encounter between the minimalist architecture of Alvar Aalto and the portraits of Sanna Canisto (born 1974). In Basoche-sur Guyonne, on the edge of the Rambouillet Forest, about forty kilometers from Paris, the Finnish architect of the famous art dealer and antiques collector Louis Carré built a modern villa that marries the slope of the land and the lifestyle of a shepherd and his much-earned wife. The house, classified as a historical monument, can be visited since 2007. It has preserved its original, functional and warm furniture. But the walls, which have lost Fernand Legers and the other marvels we see in archive photos, welcome contemporary works every year in the summer. Documentary and so perfect that it has become unrealistic, Sanna Kannisto’s animal images are in perfect osmosis with the surrounding décor and nature.

The title of the exhibition “Sense of Surprise” suggests the presence of A sixth sense is the ability to be curious, to be curious In this mini-exhibition, she invites us to rediscover the wonders of nature, fauna and flora. However, his approach leaves nothing to chance. For twenty years, Sanna Canisto has traveled the world in search of rare species. Almost every two years, after obtaining the permits necessary, she goes to a science station located in an exceptional place, often primeval forests (Peru, Brazil, Guyana, etc.), to set up a small white studio there that allows her to isolate her “models”.

Don’t worry, the animals were gently captured by scientists. When the latter has finished her study and ringing work, she assigns the birds, frogs, and other snakes to the photographer, who places them in their white box, where she has previously placed a branch chosen for its shape, buds, or buds. flower buds, which will serve as the chick. If the animal panics, it is immediately released. If he adapts to such a clean decor, the “pose” can last up to 15 or 20 minutes, not more. The result was amazing. Reminiscent of the herbs of yesteryear, the Natural History Museum painted paintings, still picture paintings and Japanese prints, these animal paintings are stunningly pure and beautiful. 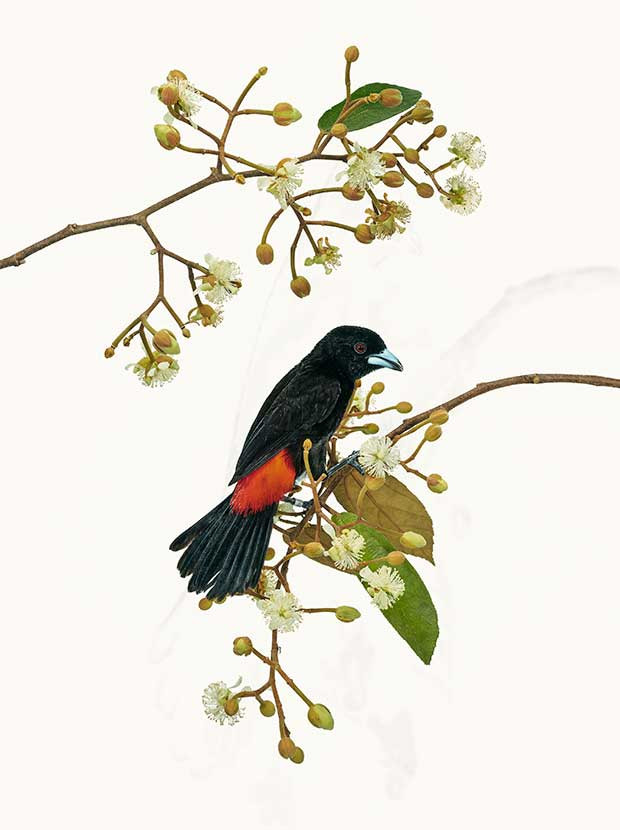 If large-scale pictures displayed in the hallway and in the living room immortalize birds, then other funny little creatures invade the house. In Louis Carey’s room, square as it should be, we meet an endangered Costa Rican frog, and an old string shows an ant carrying leaves much larger than itself. Imagine the effect of hanging dozens of prints around the room…. And in the dining room, one of the first series, on the bat, creates an exotic atmosphere. These are not vampire bats, the photographer identifies, but specimens that feed on pollen: ” At night they kiss flowers We are assured. 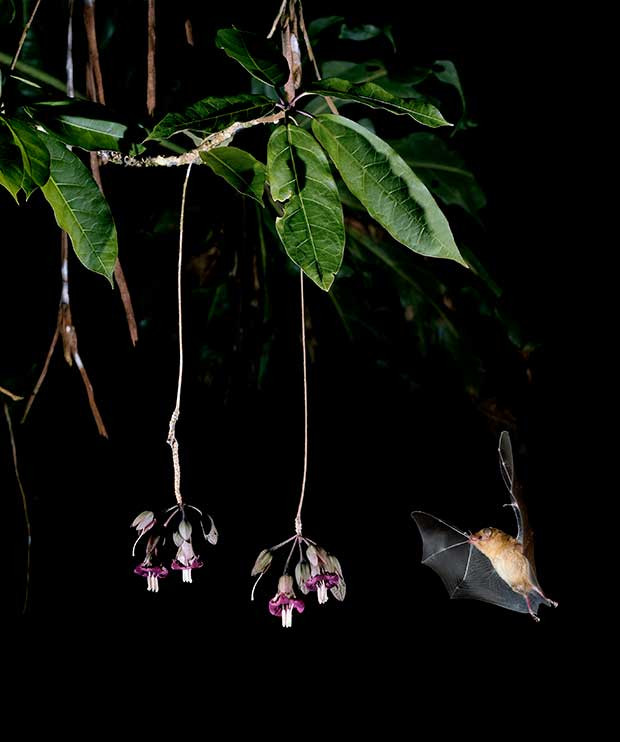 Before or after going to Maison Louis Carré, you can also discover the work of Sanna Kannisto in Paris. At the recently renovated Finnish Conservatory, its very pleasant new bar with blond wood furnishings has a great view of the new facade of the Cluny Museum. Along with a selection of everyday objects ‘Made in Finland’, the exhibition ‘Listen to the Forest Grow’ until July 30th reveals large figures of birds. And in the gallery La Ferronnerie, rue de la Folie-Méricourt, where the exhibition “Sanna Kannisto, Research on Wonder” exhibits modern small and large figures until June 11 (from 3,000 euros).